*This blog has been updated to link to the UNESCO mission reports, Bath and Edinburgh, now that they are released: 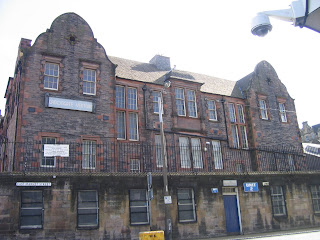 The Canongate Venture, one of the World Heritage Site listed buildings the Caltongate scheme would have had demolished

What a cheering heading that was to write.

The Scotsman today has leaked part of the still-confidential report on Edinburgh from the UNESCO mission which visited the city last November, sparked by a huge campaign by many worried about what was happening in the City. I leave The Scotsman (and mostly Brian Ferguson) to tell the story... 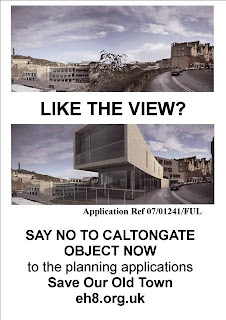 UNESCO insist that views be kept, and this planned building scrapped


A £300 MILLION development in Edinburgh's historic Old Town has been thrown deeper into chaos after Unesco inspectors demanded council leaders have the whole scheme returned to the drawing board.

Councillors are set to face international condemnation at a world heritage summit in Seville next month after a damning report urged wholescale changes be made to the Caltongate scheme – even though it has received final approval from the Scottish Government.

The future of the project – which includes a five-star hotel and conference centre on the Royal Mile, more than 200 homes and a cultural quarter – was put in doubt this year when developer Mountgrange went into administration.Leaked documents obtained by The Scotsman reveal that heritage inspectors are demanding a reprieve for two listed buildings threatened with demolition, the scrapping of a modern building which would have blocked views from Jeffrey Street, and a full review of how the development would impact on views from Calton Hill.

Unesco's report, which the city council received in February, said changes were needed to avoid the development impacting on the "outstanding universal value, authenticity and integrity" of the city's world heritage site...

...Referring to Caltongate, Unesco's inspectors recommended the "integration rather than demolition of two listed buildings" and the "total redesign" of a huge part of the development. Unesco's report will also recommend the creation of a "buffer zone" around the current world heritage site. The report also states: "There is a need for clear policies in relation to height controls within the world heritage property ... which should be developed on the basis of key views and vistas from within and outside the property."

Here's the report from the Scotsman:

It's been a long, long struggle, a very real David and Goliath battle, but there seems to be a glimmer of light at the end of the tunnel.

For more keep up with the blog:

Last week another section of the report was released, at the inquiry into the 17-storey Haymarket Tower. UNESCO didn't like that either, and thought planning policies and a lack of a declared buffer zone were 'cause for concern'.

The plans were originally backed by Edinburgh City Council but were "called in" by the Scottish Government, although possibly that was because of the UNESCO visit...

WORLD heritage body Unesco has strongly criticised plans for a 17-storey Edinburgh hotel, saying it would have a "major visual impact" on surrounding buildings in the capital.
A public inquiry into the £200 million project heard that the UN body had "considerable concern about the height of the proposed hotel in the Haymarket development".

A two-week public inquiry into the project at the disused Morrison Street goods yard near Haymarket railway station which includes two hotels, offices shops and restaurants, began on Monday.Critics, including the Cockburn Association, Edinburgh World Heritage and residents' groups, say they do not object to the site being redeveloped, but insist the height of the 17-storey, five-star hotel, located at the edge of a World Heritage Site, is out of scale with buildings in the surrounding area.The plans were originally backed by Edinburgh City Council but were "called in" by the Scottish Government...

Unesco officials visited the city on a monitoring mission last November, raising fears that the city would lose its heritage status.In its report to be presented to the World Heritage Committee meeting in Seville next month and released to the inquiry yesterday, they raise strong concerns about the hotel which Tiger Developments wants to build for its client the InterContinental Hotel Group.

Unesco wrote: "The proposed 17-storey hotel would have a major visual impact on the property and dominate the St Mary's Cathedral towers from several key viewpoints."The officials also said there was a need for a "declared buffer zone" between the proposed development and the heritage site, adding that current planning mechanisms seemed unable to deter proposals such as that for a 17-storey hotel....

ONE of the world's foremost conservation experts believes plans for a controversial hotel development "ignore and obliterate" the world heritage status of Scotland's capital.
Professor Herb Stovel, a long-time adviser to world heritage body Unesco, told a public inquiry in Edinburgh that the 17-storey development would dramatically change the city's Haymarket district.Prof Stovel, who was behind a major study which led to Edinburgh securing world heritage status, said it made no difference that the five-star hotel proposed by Irish developer Tiger was outside the designated site...

SCOTTISH finance secretary John Swinney yesterday admitted that having to call in major developments for public inquiries meant the planning system was partly failing. He said the government wanted to "minimise" the use of inquiries by trying to ensure disputes were resolved early.

Mr Swinney also insisted the government would respect the views of Unesco's world's heritage committee when it rules on major developments in Edinburgh next month – saying the body had a "fundamental" part to play in the planning process. He was speaking in amid news a second public inquiry had been ordered within just a few months into a major development in Edinburgh.

Meanwhile, the head of the Prince of Wales' architecture trust has called for developers to respect the character of world heritage sites such as Edinburgh when pursuing major projects. Hank Dittmar said the prince had expressed concerns about the impact of new schemes in the city. 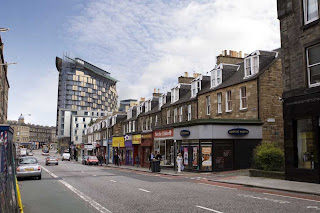 I understand the good people at Bath Heritage Watchdog are eagerly anticipating what UNESCO has to say about that fine city, and the Western Riverside scheme.
http://www.bathwesternriverside.co.uk/
http://www.bathheritagewatchdog.org/